Will The Fed’s “Feelgood” Medicine Cause An Economic Collapse?

Will The Fed’s “Feelgood” Medicine Cause An Economic Collapse?

Authored by Barry Brownstein via The American Institute for Economic Research,

Dr. Max Jacobson became known as Dr. Feelgood and “Miracle Max” for treating wealthy celebrities with concoctions, “mixing amphetamines, vitamins, enzymes, tranquilizers, placenta, and anything else that inspired him.” Jacobson’s most famous client was President Kennedy, who became sadly dependent on Jacobson’s “elixirs.”

How much speed, narcotics, and other powerful drugs Jacobson injected into Kennedy we will never know. Certainly, Jacobson’s elixirs allowed Kennedy to override his body’s signals that would have led to more sustainable treatments for his ailments.

Many decades ago, Dr. Feelgood was a cover story for New York Magazine; the cover rhetorically questioned Dr. Feelgood, You make me feel so good, are you sure it’s all right? 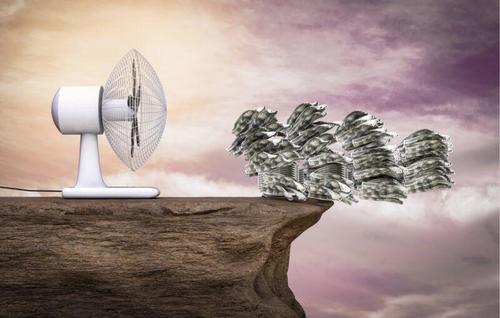 The Fed has become the economy’s Dr. Feelgood with its expansionary monetary policy. The lender of last resort has become the prime pusher of financial amphetamines. The Fed is promoting moral hazard by working overtime to eliminate consequences for risk-taking. Such policies didn’t begin with Covid-19.

Along with staggering increases in the money supply, the Fed’s balance sheet has almost doubled from about $3.8 trillion in August 2019 to $7.4 trillion in January. With the Fed’s willingness to support corporate debt, even junk bonds have plunged to record low yields. President Biden wants to “go big” with new deficit stimulus programs that will need still more of the Fed’s largesse.

“What we’re thinking about now is providing the accommodation that this economy needs for as long as it needs it.”

What Jacobson did for Kennedy, Powell is sure he can do the country.

Of course, behind Powell are the over 400 Ph.D. economists providing intellectual succor for easy money schemes. Powell may be the Fed’s head, but the monetary Dr. Feelgood is the collective persona of an ideology that robs from the poor to give to the wealthy.

Consider the case of investment bank Morgan Stanley. Before Covid-19 hit the economy, Morgan Stanley stock was trading at about $55 a share. Their stock hit a March Covid low of $27 a share and today trades at around $73 a share. As a result, “Morgan Stanley Chief Executive James Gorman’s annual pay rose by $6 million, or 22%” to $33 million a year. Without the Fed’s asset bubble support, Morgan Stanley’s stock and Gorman’s salary would likely be considerably lower. Down the road, the rest of us will pay when the asset bubble bursts.

“Ultralow interest rates are a financial psychotropic. They induce feelings of neediness (on the parts of savers to reach for yield), grandiosity (by corporate deal-doers to reach for the moon) or fantasy (for any who would try to rationalize otherwise insupportably high stock prices with reference to the tiny cost of a loan).”

The interest rate is a core price in the economy, facilitating discovery of the real cost of borrowing money. As Don Boudreaux puts it in his book The Essential Hayek, “There’s trouble if prices do not reflect realities.” Boudreaux explains, “Our trust in the overall ‘correctness’ of people’s economic decisions, however, requires that the prices that people use to guide their decision-making are reasonably accurate sources of information.”

None of this is to imply that those setting Fed policy are evil or stupid. Yet, good intentions won’t spare us from the consequences of policy driven by mistaken beliefs. Consider a recent essay by Eric Levitz, who mocks the “regressive” idea that “there is some ‘natural’ benchmark interest rate that exists outside of politics and policy, and that the Fed is corruptly flouting this natural market law.” As a consequence of his misguided beliefs, Levitiz concludes “condemnations of the Fed for bailing out corporate America with its easy money policies” are unwarranted.

Levitz is not alone in believing politicians and policymakers, not markets should set interest rates. Jörg Guido Hülsmann summarizes their ideology:

“We are told by virtually all the experts on money and finance—the central bankers and most university professors—that the crisis hits us despite the best efforts of the Fed; that money, banking, and financial markets are not meant to be free, because they end up in disarray despite the massive presence of the government as a financial agent, as a regulator, and as money producer; that our monetary system provides us with great benefits that we would be foolish not to preserve. Those same experts therefore urge us to give the government an even greater presence in the financial markets, to increase its regulatory powers, and to encourage even more money production to be used for bailouts.”

Grant explains, “The official message is rather that today’s unprecedented monetary-policy offensive holds no potential for anything but a wholesome reduction in the damage of the lockdown-induced recession.”

Many people want to believe this “official message,” though it is misguided.

Richard Cantillon was an 18th-century economist whose work came before Adam Smith. He is most famous for his observation that is now known as the Cantillon Effect: The creation of new money—inflation—does not have equal effects across the economy. Those who are the first recipients of new money, “political entrepreneurs,” gain at the expense of everyone else.

Suppose a family of four sets down to dessert after dinner with one pie to share. Cutting the pie into eight equal pieces means dessert today and tomorrow with each member of the family receiving one slice each evening. Now, suppose one member of the family said, “Let’s create eight additional slices.” If each family member received four pieces, the amount of pie each family member received would be the same.

Suppose the family member cutting the pie sixteen ways has an ulterior motive. He wants more pie at the expense of everyone else. After slicing the pie sixteen ways, he gives everyone two slices and keeps the extra eight pieces for himself. Someone in the family might remark, “My two slices of pie are smaller and less filling.” “No, you are mistaken,” the pie cutter obfuscates. “You are receiving two slices of pie as always.”

You may be trying to make sense of the incessant claims by politicians and economists that in order to save the economy the Federal Reserve must engage in fresh rounds of monetary easing. In that case, the Cantillon Effect provides useful insights: Wealth is redistributed to the primary beneficiaries of the new money.

The injection of new money, Don Boudreaux explains, sets the stage for business failures and stagnation in the future:

“The process of injecting newly created money into the economy can distort the pattern of relative prices and, hence, encourage an unusually large number of faulty economic decisions—that is, encourage an unusually large number of economic decisions that are revealed only later to be mistaken. Specifically, injecting new money into the economy causes too many resources to be invested in those industries that first receive the new money. Those industries over-expand.”

“The wavelike movement affecting the economic system, the recurrence of periods of boom which are followed by periods of depression, is the unavoidable outcome of the attempts, repeated again and again, to lower the gross market rate of interest by means of credit expansion.”

Some people believe the judicious use of monetary policy can avoid the worst. Mises has a wake-up call: further credit expansion can only postpone—but not prevent—the business cycle’s liquidation stage. Mises writes, “There is no means of avoiding the final collapse of a boom brought about by credit expansion. The alternative is only whether the crisis should come sooner as the result of a voluntary abandonment of further credit expansion, or later as a final and total catastrophe of the currency system involved.”

Monetary expansion today, like a Dr. Feelgood elixir, leads to future trouble. In The Constitution of Liberty, Hayek concurred with Mises,

“There are two points which cannot be stressed enough: first, it seems certain that we shall not stop the drift toward more and more state control unless we stop the inflationary trend; and, second, any continued rise in prices is dangerous because, once we begin to rely on its stimulating effect, we shall be committed to a course that will leave us no choice but that between more inflation, on the one hand, and paying for our mistake by a recession or depression, on the other. Even a very moderate degree of inflation is dangerous because it ties the hands of those responsible for policy by creating a situation in which, every time a problem arises, a little more inflation seems the only easy way out.”

Yet, few have studied economic principles set out by Mises, Hayek, Boudreaux and others in the Austrian school of economics.

Many people want to believe in the Fed’s Dr. Feelgood magical powers. Many believe that the Federal Reserve Board has learned to prevent long-term bear markets. “Don’t fight the Fed” is used as a mantra by those who are convinced stock prices only go up. “This time is different” is their mistaken belief.

Of course, human beings want to believe the Fed is in control of an essentially uncontrollable economy. In a bear market, people, rather than questioning their false belief, lash out with recriminations and blame.

The hubris of politicians and Fed chairs is only a reflection of our hubris. As a society, we have collectively spent beyond our means and have had the arrogance to believe that there will be no consequences.

Grant warns, “In neither medicine nor central banking is free lunch on offer. Say yes to a cortisone injection for that inflamed knee, and you risk cartilage damage, death of a nearby bone, nerve damage, etc.”

By attempting to create perpetual sunshine on financial assets, the Fed makes it difficult to enter the stock market or housing markets for those on the bottom rungs of the economic ladder.

Eventually, as Mises wrote, all the Fed expansionary policy in the world will not stave off a significant and perhaps a catastrophic bear market. In a bear market, new and even more dangerous populist political movements will be born out of the resulting economic suffering.

The promise of cheap money leading to perpetual asset price sunshine may seem like a reality today. Tomorrow the consequences will be like Dr. Feelgood’s needles. To avoid the worst, markets—not politicians or bureaucrats, must be free to uncover the real cost of borrowing money.