Having soared over 35% in the last few weeks, expectations were apparently high for Twitter ahead of tonight’s earnings. 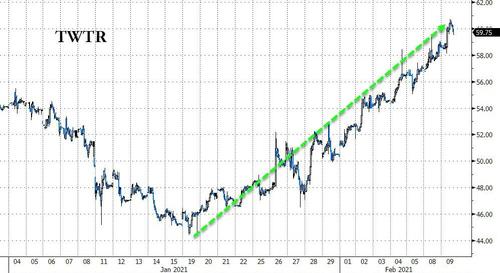 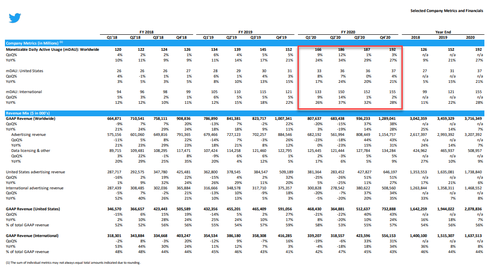 Other key variables were solid:

However, while the pandemic forced people to stay in their homes, on their phones (glued to Twitter), but as life returns to normal soon, people mayfind better things to do, and company warned that user growth will be in the “low double digits” starting in the second quarter….

All of which sent the stock tumbling after hours… 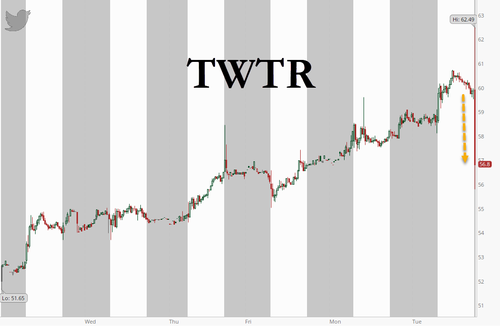 Bloomberg’s Sarah Frier points out how small Twitter is relative to the share of public conversation they seem to spark and consume.

“Everyone in media uses Twitter, every politician uses Twitter, but their monetizable daily active user base is still smaller than the overall population of the U.S. Snapchat is bigger. Instagram is bigger. Facebook is many times bigger.

That’s why whenever Twitter user growth decelerates, investors get concerned.”

For those looking the impact of banning President Trump – we will not see the “Trump Bump” or “Trump Dump” until the next quarter as he was banned on Jan 6th.

“2020 was an extraordinary year for Twitter. We are more proud than ever to serve the public conversation, especially in these unprecedented times,” said Jack Dorsey, Twitter’s CEO.

How Societies Are Imprisoned: The Whole World Will One Day Be Like Hollywood?

How Societies Are Imprisoned: The Whole World Will One Day Be Like Hollywood?