The GameStop controversy has undoubtedly been the “effect” of a much bigger “cause”.

And while some of our contributors have offered their take on what, exactly, is behind the revolt, it wouldn’t be commentary about the “economic machine” without Ray Dalio chiming in.

Dalio weighed in on the recent events involving GameStop and Reddit, which he called a “rebellion”, claiming that last week’s chaos was “another sign of the growing intolerance among those with opposing views”, according to Bloomberg.

“What concerns me more is the general anger — and almost hate — and the view of bringing people down that now is pervasive in almost all aspects of the country,” Dalio said. “That general desire to hurt one another,” Dalio pointed out. 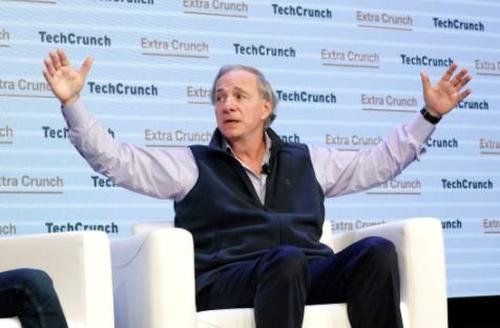 He said recent events show that the everyday trader is “beginning to understand the mechanics of the markets”.

And what would an interview with Ray Dalio be without him eventually turning the conversation back unto himself. “They remind me a lot of me at that age. I started investing at an early age and I was rebellious and wanted to do it my way and bring it down,” he concluded.

And while that’s a lovely anecdote, the truth of the matter is that Dalio may not have any idea of what kind of revolt could actually be on its way.

He is right, of course, that people are angry. But if those people are also part of a group of hundreds of thousands of brokerage clients who all of a sudden find their “winnings” trapped in a bankrupt broker, the current “anger” may wind up looking like a walk in the park.

And as we pointed out days ago, Robinhood’s balance sheet looks all but rock solid, given the circumstances.

Tiger Woods in ‘Good Spirits’ After Treatment for Leg Injuries

Tiger Woods in ‘Good Spirits’ After Treatment for Leg Injuries